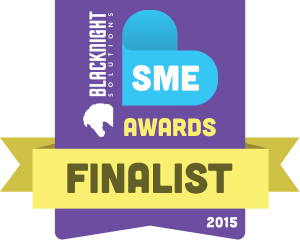 Ristorante Rinuccini have been be selected as finalists in the ‘Family Run Business’ category for the 2015 Blacknight SME Awards!

Chef Antonio came to Ireland from Lazio, Italy aged just 15. He married an Irish woman, Marion Power and in 1989 the couple fulfilled their lifelong dream to open Ristorante Rinuccini, Kilkenny’s first Italian restaurant, opposite the city’s iconic castle. Today their son Riccardo works alongside them as the Restaurant Manager joined by his wife Orla.

This year the family business is celebrating its 25th Anniversary, having built up fantastic suppliers and a great team, many of whom have worked there since the beginning. Over the past 25 years the whole family have been involved in the restaurant’s continued success, making this award even more special and significant.

The team are really looking forward to the finals later this month – and hope to bring home the SME Award!